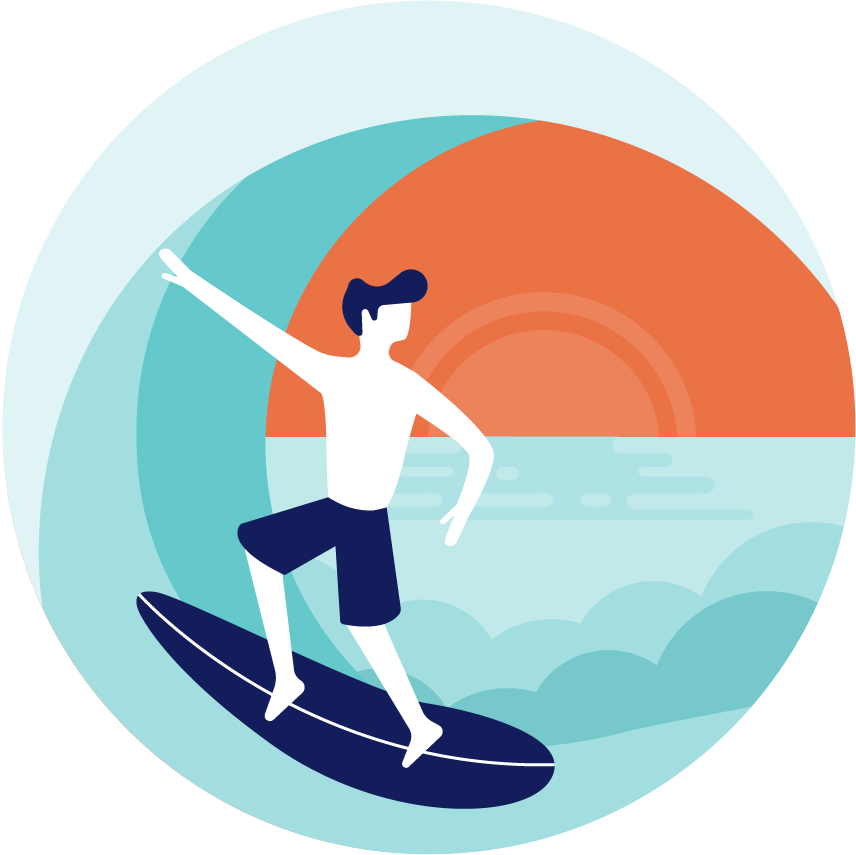 When the Chicken Man Comes to Milwaukee

The Allure of Ma Wehermann’s

As a kid growing up in the outskirts of Oshkosh, each week I would diligently hammer off my chores, collect my allowance from my mother, and venture down to the Fireman’s park where I would stash my bike under a tree. I would scurry up a short hill and then amble down a set of railroad tracks for a couple miles to the little town of Fisk. Nowadays, parents would be banished for such a long leash, but back in the day, that was the norm and what kept us kids entertained.

Now Fisk had about twenty houses, blew off the rural version of the township’s fireworks every July 3rd, but most importantly, had a combo tavern/candy store named Wehermann’s. Ma Wehermann was typically manning the bar and cash register, and as a 11-year old, you had better not peak your nose on the side serving liquid intoxicants or she would shoo’ you out with the heel of her boot and that crass tongue of hers.

Kids found heaven on the candy side of the store. You could buy a pouch of strawberry flavored Big League Chew or a cherry ring pop that would leave your tongue bright red for the remainder of day. But as a kid with his head in sports, I went straight to the boxes of Topps baseball card wax packs sitting on the top shelf. A pack of cards was thirty cents in 1983, and you would pick 3 packs you thought held gold and exchange your dollar with Ma Wehermann for the chance to pull in those precious rookie cards.

In 1983, the most coveted Topps treasure, the one ballplayer you hoped to find was a rookie card of Wade Boggs. Now for the “kids” reading this tale, Wade Boggs was like a metronome, hitting singles and doubles consistently around the diamond in Fenway Park like no other player had seen in some time. If you look at his career statistics, his batting average will forever rank as one of the greatest career performances of all time.

In addition to his marvelous hitting, Wade Boggs was also known for a particularly unique quirk: his preference of eating chicken prior to each and every baseball game. Wade Boggs was a man of habit, whether it be at the plate or at the dinner table, and this consistency in behavior was the secret sauce to his Hall of Fame career.

Now, what does a chicken eatin’, singles hammering third-baseman have to do with venture capital in the city of Milwaukee in 2019? What binds this story together is the current flavor of risk-taking and asset allocation in the city…the insatiable desire to always eat chicken, to savor on asset classes that are comfortable and known. This condition, this prudent habit, has navigated the pillars of wealth in Milwaukee for generations in fortuitous ways – in a steadfast manner.

However, it has also created a mindset of NO when it comes to more uncertain outcomes, more variable asset classes. That my friends is an important hurdle and challenge for the venture capital community in the city of Milwaukee and as an asset class that has those tenants woven deeply in the fabric of its existence.

Well, how uncertain and volatile can the outcomes in venture capital be? To the common eye, it’s pretty severe and looks a lot like a Dave Kingman plate appearance. Correlation Ventures produced a statistical study using exit data from 2004 to 2013, over 21,000 data points in aggregate and summarized the outcomes via the chart below: 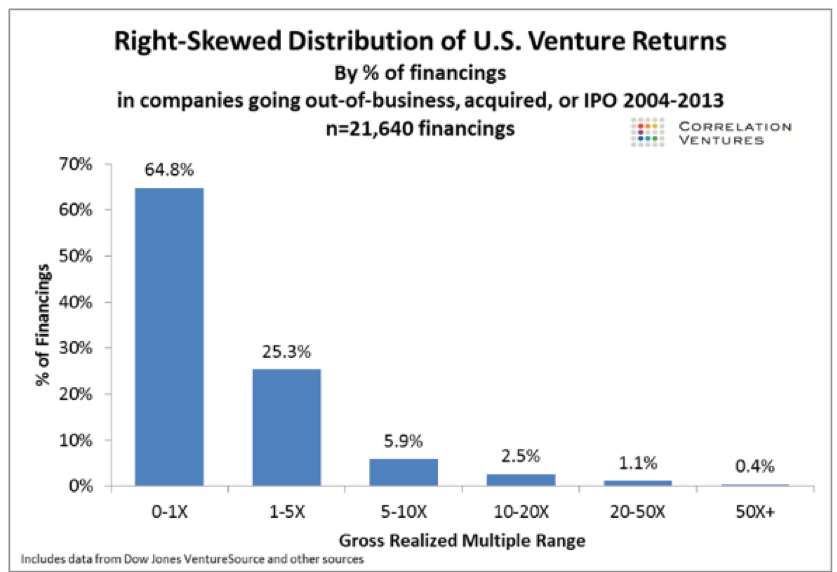 As you can see, the distribution of exits in venture capital is non-normal and skewed to producing a high-rate of outright losses or exits that produce less than 1X the amount invested (64.8%). For most people, the thought of such a distribution set is a non-starter as an asset allocation choice. In a community that values consistency, finds comfort in stability – a city like Milwaukee, investors may have emotional problems enduring the volatility that this uncertainty brings.

I experienced this feeling – this emotion when I arrived on the scene of the Chicago Board of Trade at the beginning of my career. I was astounded at the variance and volatility of the income streams and some traders reliance on low-win rate, high-multiple investment strategies. As a kid growing up in a blue-collar household where saving your money, protecting your money was the norm and encouraged, this behavior seemed on face value imprudent.

But over time and with experience, I learned to appreciate how these types of distributions created diversification and could compliment the more “Wade Boggs-like” trading strategies that I honed over the years.  In appropriate size, low win-rate, high multiple investment tactics are exceptionally valuable as a diversifier to one’s investment portfolio.

Consider the Cambridge Associate venture capital benchmark results for year-end 2018 below. They are very comparable to other asset classes over the long-term. Now, I can hear the skeptic in the crowd crying out…it’s a top loaded asset class. Yes, this is true and certainly a topic that could garner our attention for another long discussion. However, when deployed in a calculated, probabilistic way, venture capital can produce market competitive results over the long term and provide a very interesting element of diversification to a portfolio.

When Venture Capital Starts to Taste a Lot Like Chicken

Now the key to investing, creating true alpha and not soaking your clients with fees that are unearned is to recognize when the traditional asset classes (bonds, stocks, real estate), the go-to asset classes of safety and comfort – the ones that taste like “chicken” – start to stretch the bounds of value and taste dry to the investment palette. And in the middle of 2019, it is fair to say, that no matter what valuation technique one likes to use as reference, the readings for all these asset classes are at the upper end of a reasonable range. Consequentially, the prospects – the probability – of future high real returns in traditional asset classes is quite low.

Bold Coast Capital believes in prudent money management. And as a part of that philosophy, one has to change tactics and explore asset choices that may be new and uncomfortable when appropriate. We believe that moment is now for venture capital as a strategic asset allocation choice. In addition, in a city like Milwaukee where that choice has resided on the bottom rung of preferences, this cyclical moment provides the city with an opportunity to appreciate its investment properties and also its importance as a pillar of population growth, economic development, and additional layers of wealth creation.

So be on the lookout Milwaukee…Wade Boggs is coming over for dinner and has a hankering for venture capital. He has heard it tastes a lot like chicken!

Generalist Jambalaya – A Spicy Intellectual Dish For The Next Decade

BIG IDEAS AND BOLD DISPOSITIONS I first met Alec Slocum, founder of Abodo, at a Milwaukee entrepreneurial event in January 2014. It was packed house,...

Wisconsin’s MVP Triple Crown Wisconsin has achieved its own version of the Triple Crown and finds itself in the top spot for professional athletic talent....